Using time tracking to build a better relationship with clients

Ready to start keeping your projects on track? 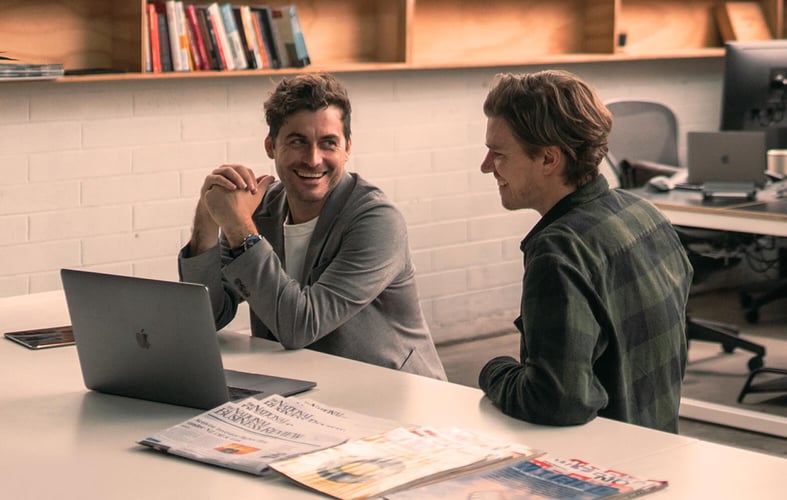 Dovetail is an agency that does things a bit differently: they don’t just design and build first-class digital products for their clients, they also invest in them, purchasing an ownership stake in the clients they work with and distributing those shares to everyone at Dovetail.

The end result is something of a cross between a traditional digital agency and an early-stage startup incubator.

The idea for this model came to Australia-based co-founders Nick Frandsen and Ash Fogelberg, after they successfully sold a previous company they founded together. They wanted to bring together all the talented people they’d worked with in the tech industry to create a company that could help build big startups in New Zealand and Australia, but they needed a way to compete for top talent.

“If you're a really good engineer or designer or growth hacker, why would you work at an agency when you could go work at a product company and get an options package?” asks Nick Frandsen, co-founder and managing partner at Dovetail. “That’s the problem we were trying to solve.”

As it turns out this model isn’t just effective at attracting talent; it also gives them an edge when it comes to investing.

“One thing that’s difficult with a traditional VC model is that they get a lot of young founders coming in with a pitch deck, and they don’t really know much about them. They look at their track records and a twenty-page presentation and then they have to make an estimate as to whether this is going to be a good thing. We get to see how they deal with setbacks, how good they are at managing a team.”

Typically Dovetail starts out by making a relatively small investment in new companies they’re working with. As they get to see each other in action, Dovetail will make additional investments six or twelve months down the road. “As we get to know them better and really understand the business, that’s when we start writing bigger checks,” Frandsen says.

“Something we see a lot is that especially non-technical co-founders, they really want to focus on growing a big business,” Frandsen says. “They want to find a partner they can trust to own the product side of the business while they focus on sales and marketing and moving into overseas markets.”

One of the best ways to develop trust with clients is through transparency. Tracking time with Harvest is key for Dovetail when it comes to providing that transparency, especially given the unique way they structure their projects.

“If you look at the way some people work with their providers, everything’s broken down into a small project that’s scoped really precisely that has a different cost on it. We work with our companies almost like we’re part of that company. So there’s more trust, but the flip side is that we need to be really transparent with the work that’s going on.”

Dovetail’s clients buy a bucket of hours every month, but because their relationship is ongoing, those hours can roll over from month to month. Harvest is key for making sure they’re delivering on their partnership.

“Our partnership level is different with each client. So every day we’ll look across all the projects in our company and ask, “How are we doing resourcing-wise on these projects? Are we hitting the targets?” Some partners will have what we call ‘hours in the bank.’ Others might be in a credit situation where they actually spent more hours on a project than they paid for.” 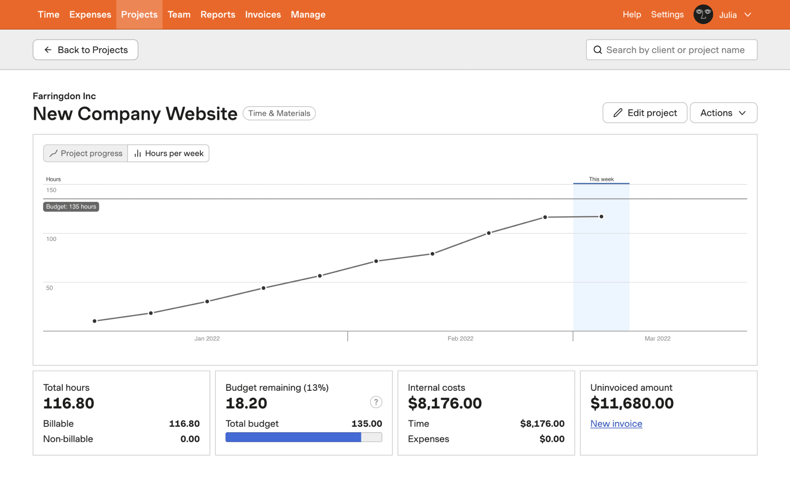 Everyone at Dovetail tracks their time in Harvest, which they chose partially for its ease of use. “We needed something that worked, something that was super simple, because we don’t want to have to teach people how to use this tool as part of onboarding. Everyone can use it without having ever used it before, which is great.”

They started out using Harvest’s built-in reporting to get visibility into how much time they were spending on each project, but as their projects and their billing structures became more complex, they found themselves looking for a reporting solution that could combine timesheet data with data from other tools. They turned to the Harvest API:

“When we initially started, our projects were simpler and the company was simpler, and we used a lot of the Harvest reporting tools. Then as projects and billing structures have gotten more complicated, what Harvest has allowed us to do is pull a lot of that data into various custom reports so we always have real-time reporting. The data starts in Harvest and then it ripples into the company.”

“We’re full of engineers, so using the API kind of seemed like a no brainer. It seemed like the obvious step and it’s been nice because we started quite simply by pulling timesheet data into Google Sheets. That worked for a while and then we needed to combine data from different places. So then we created this middleware layer that could combine data from all the different services people create reports from, essentially like an internal API.”

Not only does this custom reporting system allow them to keep track of how many hours they’ve worked for each client and how many hours have rolled over from previous months, it also allows them to share reports with their clients, providing a level of transparency that wouldn’t be possible without time tracking. Those reports show clients exactly how Dovetail used their retainer hours that month, letting them drill down into who worked on what and how much time went into it. This level of transparency is one of the keys for making their unique client relationships work.

Building trust with clients isn’t the only benefit that’s come with time tracking. They’ve also gotten insight into just how expensive some internal projects can be:

“One of the things that’s been eye-opening for us is the full cost of doing some internal projects, like marketing for example. We’ve done some things in marketing where we might create some long content or an interactive website, which is really cool, and it’s great to do but, when you track the time of everyone involved in the project, it’s like, ‘Okay, this is actually quite expensive.’”

One of the things that’s been eye-opening for us is the full cost of doing some internal projects, like marketing for example.

Having that exact cost data at their fingertips has made it possible to make more informed decisions about the trade-offs involved in taking on a particular project. One consequence is that it’s made them more willing to solve some problems by paying for software rather than trying to build something on their own:

“Sometimes there’s this tendency with engineers to want to build some kind of tool to do something in the back office, and that can often seem really cheap. But when you actually track all the costs, not just in development, but also across other members of the team, quite often it becomes clear that it’s much, much cheaper to buy software.”

Small improvements like this help them keep costs down and make them more efficient over the long run. 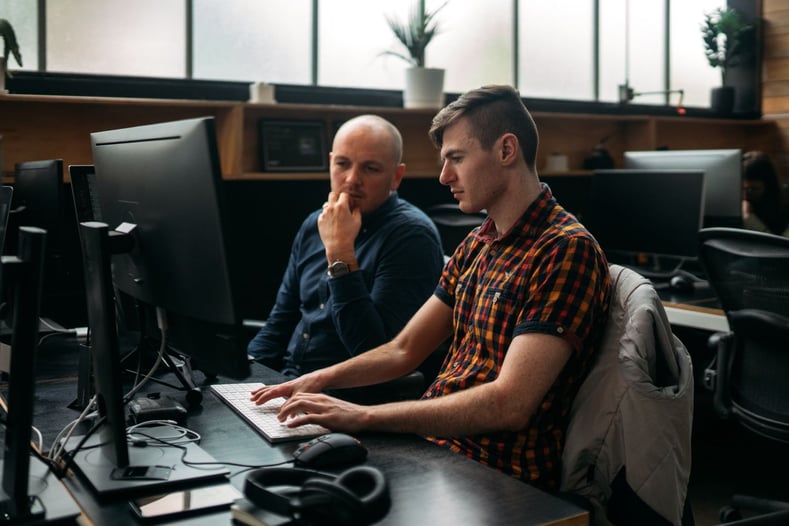 What’s next for Dovetail?

Founded in 2015, Dovetail’s unique approach has already yielded some pretty incredible results. They were an early partner of Afterpay, the Australian fintech giant used by over seven million people worldwide. Dovetail was instrumental in helping them launch their mobile app—a feat they accomplished in only twelve weeks—and scale quickly to serve a growing customer base in Australia and New Zealand and later the UK and US as well.

As for what the future holds, Frandsen points to Provider Choice, Australia’s first online marketplace and plan management platform for the National Disability Insurance Scheme (NDIS), which aims to improve the lives of people with disabilities by helping them manage how they receive care.

It’s a for-profit company, which allows them to scale up really quickly, but it’s also having a positive impact on the world. Finding that balance feels really nice for Frandsen. “It’s awesome to see emails coming in from parents that have three or four kids with learning disabilities and hear that Provider Choice has really helped them. It’s just cool to know you’re helping people.”

Wherever the future takes them, Harvest will be there to help them bring their unique vision to more companies across Australasia.