How an acoustics company keeps time with Harvest

Ready to start tracking time on the go? 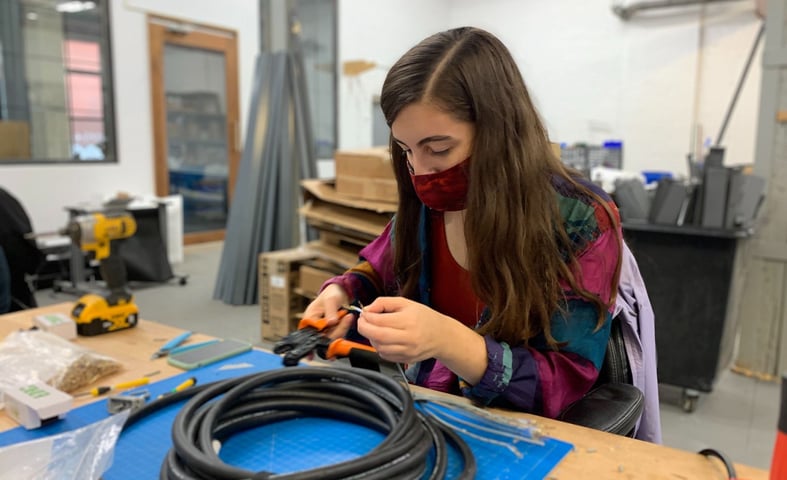 Crossley Acoustics came into existence almost by accident. Then-freelance recording studio designer Tim Crossley was pitching a potential client on a big project—encompassing not just the studio design, but also the design of the technical systems. If he landed the contract, he was planning to recruit his friend, engineer Matt Schaefer, to help him out. To make themselves sound more legit, Tim referred to their partnership as though it were already an existing business.

“When I met this client, I started referring to the non-existent company as Crossley Acoustics,” he said. “And then when we landed the job and they handed me a down payment check, it was made out to a company that didn’t exist.” So, he hastily registered Crossley Acoustics as a business with his new partner. “They kept bugging me as to why I hadn’t deposited the check,” he laughs. “And I said, ‘Oh, I just haven’t had a chance to get to the bank’—when really I was waiting for the articles of organization to come back from New York State.”

That was just over nine years ago. Since then, Tim and Matt have grown from a team of two to an organization of nearly twenty people, and have had the chance to take on big clients like VICE Media, Genius, Slate, and Spotify. What started as a happy accident has turned into a thriving business.

But it wasn’t always smooth sailing. “With no formal business training, I would say we fumbled our way through growth for a couple of years,” says Tim. One area where they struggled to find their feet was time tracking. That is, until they discovered Harvest.

When it was just Tim and Matt, managing their own hours and invoices was doable. But all that changed when their team started to grow. “It was no longer just Matt and I, it was three of us and it quickly became four and then five of us,” says Tim. “We were all working on multiple projects and we needed to be able to track time out in the field as well as sitting in an office.”

Suddenly, they were awash in time logs, both physical and digital. “We had paper timesheets, or we would get emails from employees and freelancers,” says Tim. “It was just a mess. There was no central tracking place for who worked what and it was a nightmare.” The situation became even more dire when they began a partnership with a home automation company. “Our relationship with them required very accurate time records,” says Tim. “We needed to be able to generate invoices to charge that client for that time.”

For years it was the one service that we couldn’t live without and still to this day I don’t think we can live without it.

Luckily, they soon discovered Harvest. “Harvest was just the tool for us completely,” says Tim. It enabled their growing, mobile team to track time from wherever they were working, as well as easily generate invoices for their clients. “For years it was the one service that we couldn’t live without and still to this day I don’t think we can live without it,” says Tim. “I feel like every software under the sun now has some degree of time tracking built into it. But they don’t understand what businesses actually need the time records for and they oversimplify it—making it unusable.” 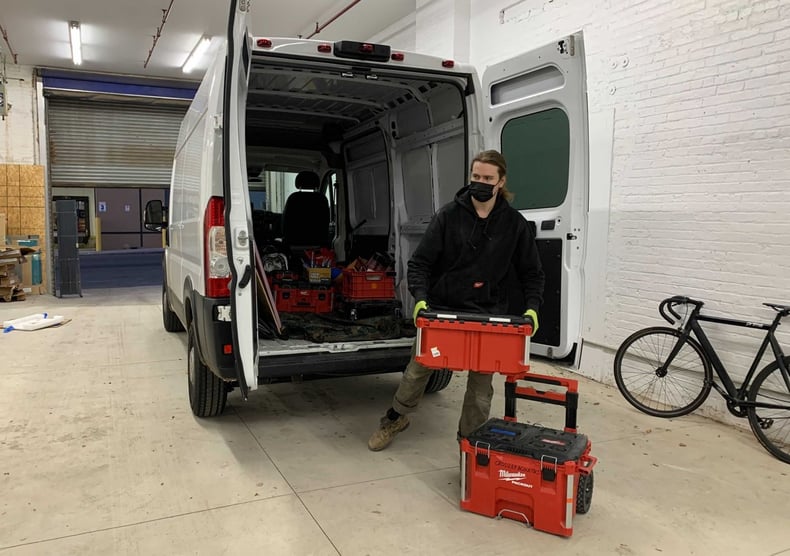 Capturing time outside of an office

One particular time tracking challenge for the Crossley Acoustics team is that they’re frequently on the go—consulting with clients, assembling equipment, and building studios. “Half of our team is regularly in the field or working in our fabrication shop,” says Tim, “So they’re not in front of computers—they rely on their phones.” That’s why they find the Harvest app so valuable.

“We’ve stressed in our company and just made it habitual that the best time records are those captured in real-time,” says Tim. It’s so much easier to capture that time in the moment than try to remember what you were doing at the end of a busy day, especially when working from multiple locations. He and the other senior team members have tried their best to set a good example: Pulling out their phones and starting a timer whenever they begin work.

If three people are going to a job site and they entered the lobby of the building, as soon as they’re getting in the elevator, you see everyone whip out their phones and start their timers.

Now, it’s completely habitual for Crossley team members. “It’s so funny—if three people are going to a job site and they entered the lobby of the building, as soon as they’re getting in the elevator, you see everyone whip out their phones and start their timers,” says Tim. “And then when they break for lunch or leave the meeting and get back in the elevator, everyone whips out their phones and changes their Harvest.” 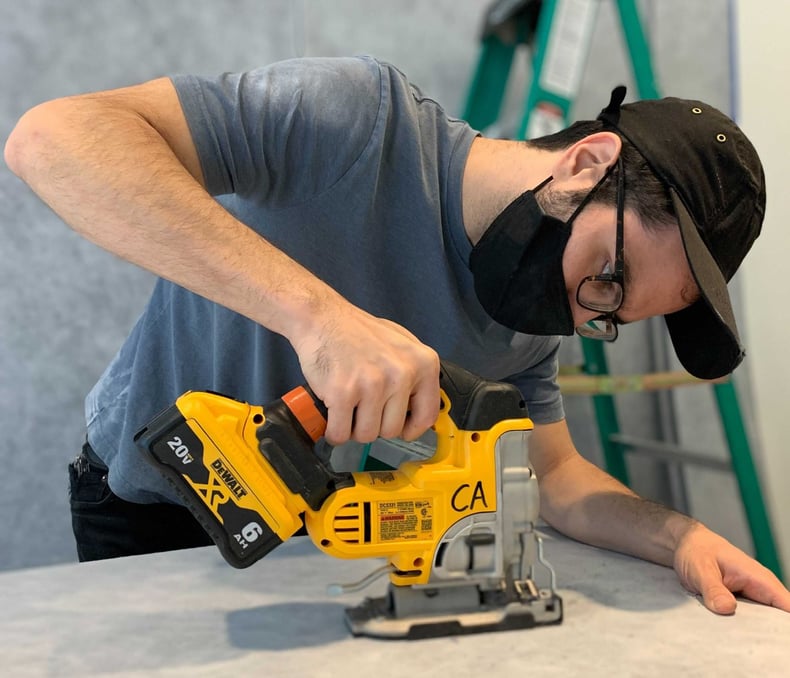 Using Harvest doesn’t just make life easier for the Crossley team—it improves their relationship with their clients too. Since the majority of their projects are time and materials projects, having accurate records means they can keep an eye on time spent so they stay on time and under budget.

“The last thing you ever want to do is get to the tail end of a time and materials project and find out that you’re wildly over budget because that’s when relationships with clients get strained, says Tim. “That’s when you as the project owner get really stressed out and that stress works its way down to the team and everyone just feels this unnecessary pressure.”

The last thing you ever want to do is get to the tail end of a time and materials project and find out that you’re wildly over budget because that’s when relationships with clients get strained.

For added transparency with clients, Tim and Matt encourage the team to annotate their time records. “Every once in a while we’ll have a client that requests time records,” he says. “We regularly encourage our employees to put notes in their time records even if it’s just something really simple, like ‘drawing floor plan.’ Then if we are in a position where we have to defend ourselves to our clients, we have the ability to say, ‘Oh, that’s when Ray was working on the floor plan.’ And they can look back at their emails and be like, ‘Oh yeah, the next day I got the floor plan in my email.’” Keeping these notes ensures they always have a paper trail to fall back on if questions arise.

From those early days of rapid growth to today, Harvest has remained a core tool for Crossley Acoustics. Now, amid the COVID-19 pandemic, it’s more essential than ever. “We’re pretty fortunate—we’ve been doing okay during COVID times,” says Tim. “But just as a precautionary measure financially, we’re tightening the reins and making sure that overtime is limited unless it’s pre-approved.” Using Harvest enables them to keep a close watch on their hours and stay within their allotted budget—helping protect them against whatever uncertainty the pandemic might bring.

For Tim and his team, Harvest is going to be central to their operations for a long time to come. “The features are really, really seamless and they’re really, really easy to use,” says Tim. “This is a central tool for a small business—and also larger businesses—to be able to run their organizations and keep track of things. It’s fantastic. We seriously couldn’t live without it.”