Saving time by tracking it

Ready to streamline your time tracking? 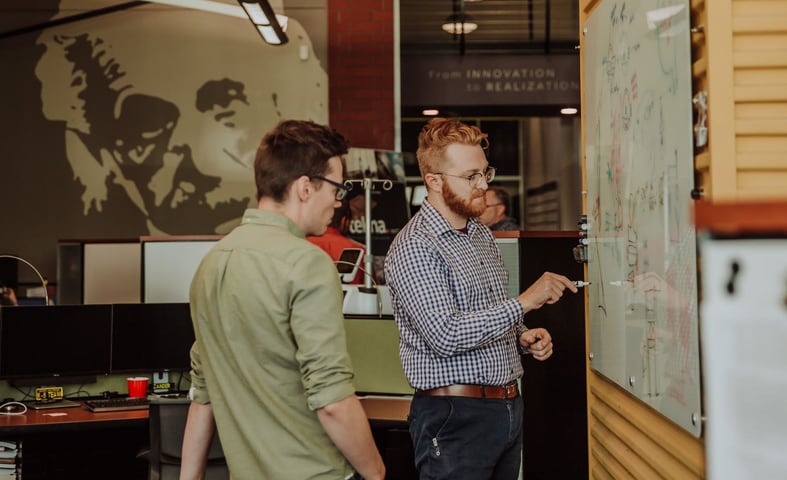 For over 30 years, Tekna has been an industry leader in the field of industrial design. But Tekna’s VP of Product Innovation, Mike Nellenbach, had a meandering path to get there. He began an engineering degree and quickly realized the program wasn’t for him—so he transferred to art school. “I didn’t even know what an industrial designer was until after I enrolled in the program,” he laughs. “That’s how insanely calculated my career moves were.”

But when he did discover industrial design, he immediately fell in love. “It’s one of those professions where you’re never bored,” he says. “As a designer, you can be working on brain surgery one day and the next day be working on scented markers.” That’s especially true at Tekna, whose clients span medical device manufacturers, kitchen gadget makers—and yes, even stationary suppliers.

What all their projects have in common is people. “People are at the center of every problem that we’re trying to design for,” says Mike. “It doesn’t matter if you’re designing for a neurosurgeon or a home cook. There’s an experience that you’re trying to solve.”

While they devoted their energy to improving their clients’ experiences, however, the Tekna team was struggling with an experience of their own: time tracking. When Mike first joined as Director of Design in 2011, the team was logging their hours in spreadsheets. “We would submit our timesheets through Excel,” he says. “It was a giant pain in the ass.” That is, until he discovered Harvest. 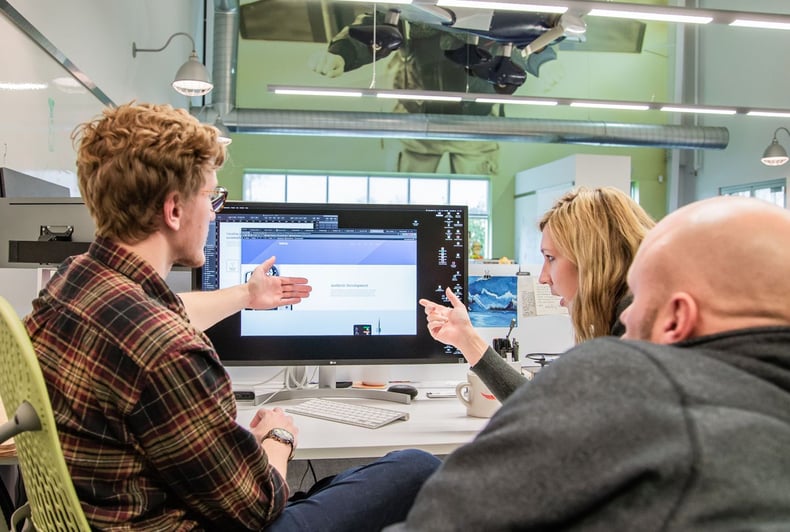 According to Mike, industrial designers all have one thing in common: “We all have a designer’s curse. We go out and ask those really stupid questions like, ‘Why do we do things that way?’ and ‘Couldn’t it be better?’”

For instance, when a lot of his teammates were having babies, they noticed that hospitals were pushing their newborns around on what were essentially glorified filing cabinets. That’s what prompted the team to design the Nära bassinet—a sleek, ergonomic cradle optimized for the needs of healthcare providers and new parents.

It was similar in terms of the inputs we were doing before but it just made all of the data visual, meaningful, and much easier to engage with.

That same designer’s curse began to plague Mike when he thought about the way his team was tracking time. “What was going on at that time was, we were literally doubling in size and our business was changing so fast,” he says. “We went from twenty employees to thirty-five overnight. That made the legacy file we were using to track time a nightmare.”

Tracking time in Excel created a burden for employees, made it difficult for the team to extract meaningful insights, and—worst of all—added additional labor to Mike and the other managers’ plates when they were already at their busiest. “We would send all of our clients updates on a weekly basis and it was like a full-time job,” he says. “On Fridays, everybody had to submit their hours and then on Mondays, myself and all the other managers would have to go into Excel to consolidate the mess so we could send out client updates.” It was clear that spreadsheets weren’t going to cut it for much longer.

When Mike discovered Harvest in 2015, he decided to give it a try. “It was similar in terms of the inputs we were doing before but it just made all of the data visual, meaningful, and much easier to engage with,” he says. “Reporting in Excel used to take all day Friday and all day Monday. Now, Harvest has really streamlined our process.”

Reporting in Excel used to take all day Friday and all day Monday. Now, Harvest has really streamlined our process.

While they switched to Harvest to reduce the burden of tracking their time, the Tekna team has also experienced some additional, unanticipated benefits. For one, they find that using Harvest helps enhance transparency with their clients. “We can just use the data that we're getting out of Harvest to visualize where their budget is at or where their project is tracking and use that to move forward in the project,” says Mike. “It definitely has improved trust.”

Switching to Harvest has also prompted Mike and the other managers to think critically about their internal messaging around time tracking and how they can better support the team as a whole. “It’s a really delicate balance because at the end of the day, I do not want people to show up at the door and feel like every hour they sit there is being watched,” he says. “When they’re not busy, people can feel like they’re not adding value—but that’s not accurate. So we have to manage that in a way that’s different. Give the team a picture of the overall business model and how we’ll get there together. If we can collectively help each other out in slower times, it’ll help us all as a team.” 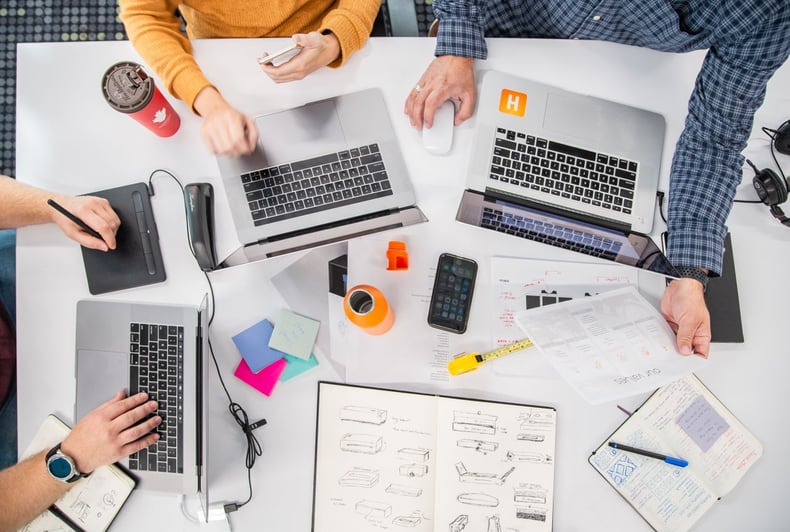 Since adopting Harvest five years ago, the tool has transformed their business: “Harvest has fundamentally helped us diversify and scale our business and it’s definitely made many of the things that were just necessary tasks of running an agency very easy,” says Mike.

Now, with the onset of the COVID-19 pandemic, they’re facing new challenges. “We’re all going through this pandemic right now, and for businesses like ours, it can decimate your revenue,” says Mike. “In our history, when faced with those things, you have two choices—you can fire half the company or you can get creative and reinvest your available capacity and resources into something else.”

Harvest has fundamentally helped us diversify and scale our business and it's definitely made many of the things that were just necessary tasks of running an
agency very easy.

At Tekna, they’ve chosen to do the latter. It’s another example of the designer’s curse in action. “We have a lot of close relationships with hospitals here and it started out with them coming to us saying, ‘We’re really concerned about COVID being transferred around our hospital on our mobile devices, our iPhones, our tablets,’" says Mike. The disinfectant options available weren’t efficient enough for busy healthcare providers’ needs—so Mike and his team put their experience in the medical design space to look for a better way to quickly and effectively disinfect electronic tools.

“Tablets are being taken into ICUs to communicate with loved ones because nobody is allowed in,” says Mike. “So, we took our general knowledge of UVC disinfection used in healthcare and applied it to smaller form factors and controlled spaces that could disinfect personal and professional tools rapidly.”

The result is AvaUV—a UV light disinfection chamber that can clean tools in 30 seconds (or about the time it takes to wash your hands). They’re planning to launch the product by the end of the year.

As Tekna continues to transform the challenges of COVID-19 into new opportunities, Harvest will be there to support them every step of the way.