Earlier this year, we decided to provide internships to students who were interested in working in a technology company like ours. We saw it as a way for us to give back to the next generation of technologists and as a way for us to mentor bright young minds. We wanted to show them another option to use their craft beyond the usual campus tech-related recruiters like large businesses, consulting firms and banking institutions.

Our goal was to provide a program where interns would have a real-world problem solving experience. They’d learn how to work alongside our full-time team and gain exposure to the real challenges we’re solving.

In May, computer science major Anthony Chen joined us in New York. In August, Anthony put together a summary of his experience in the Harvest Academy, an internal blog where we share learnings and ideas. With Anthony’s gracious permission to repost, here’s what he had to say:

Summer of Harvest, aka Our Interns Don’t Make (too much) Coffee

When people asked me this Summer how my internship was going I usually had a hard time answering. Such a casual question usually deems a similarly casual response, something along the lines of “good”, or “fun”. While “good” and “fun” accurately, yet vaguely, describe my time here at Harvest I often felt that a one word response wouldn’t suffice. In a similar fashion yesterday Patrick (Filler) asked me, “Was it worth it?”. I responded simply with a “Yeah definitely”, but again I felt it wasn’t enough. I needed to explain why it was worth it for once.

While I gained a lot of technical knowledge this summer, what I find more important are the values and experiences I gained as well.

First off, this summer I learned the importance of collaboration in software development. As a CS student with limited experience working in development teams the concept of code reviews was foreign to me. I had always developed for myself and developed a hacky mentality of “if it works, its fine”. Code reviews and pair programming strengthened my approach towards developing robust, readable code and I’m very thankful for the hundreds of comments from code reviews, no matter how specific they seemed.

This summer I also discovered an entire community of developers and I learned how meaningful “giving back” to the community was. GORUCO was certainly a great example of this. The conference humanized the concept of open source for me, putting faces behind the software that I used on a daily basis. The conference-goers represented a small part of a community that was constantly learning, hacking and teaching what they discovered to each other. “Open source” went from being a term to a philosophy backed by a worldwide network of collaborators.

Finally, this Summer, Harvest introduced me to the ideals of what a company should be like. The people of Harvest are awesome and the culture is exactly what I was looking for when I took the leap and sought an internship at a small company. The people here are passionate about what they do and I really enjoyed going to work every day.

In light of these experiences I’m reminded of one of Harvest’s mantras, “People matter”. When I look back at this past Summer this phrase unifies all my experiences under one common theme. I’ve learned that people make products, not individuals; entire communities drive the progress of the software industry, not just select celebrities. The world has no room for singular rockstars.

Here are some of my final numbers for the Summer:

I’ll be taking a lot of what I learned this summer back to Cornell and beyond. I learned an awesome amount of Ruby/Rails as well as JavaScript and I leave Harvest an aspiring Rubyist (though I still do love my OCaml) and a devoted Rails convert (I still can’t believe why I used PHP). My experiences this summer have inspired me, and this following semester I’m aiming to foster a hacker community at Cornell, passing on what I have learned. I might even pick up a french press to relive some happy memories.

I would like to thank everybody at Harvest for making this Summer a memorable one. 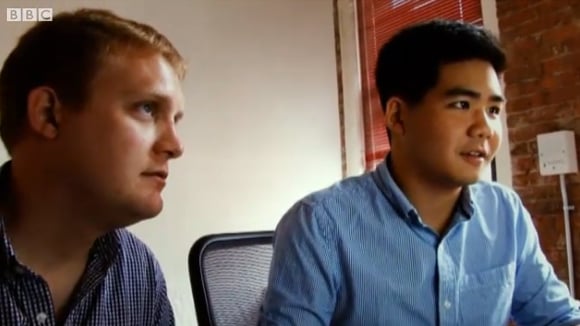 After briefly warming up his Rails chops with a passion project of ours (World Clock Project), we had Anthony working on our internal project management tool we’ve built called Kaizen. Anthony cleaned up a long to do list of enhancements and fixes, and his contributions have greatly improved the usefulness of the app for our team.

We thank Anthony for his contributions over the Summer and look forward hosting more great interns like Anthony in the future.