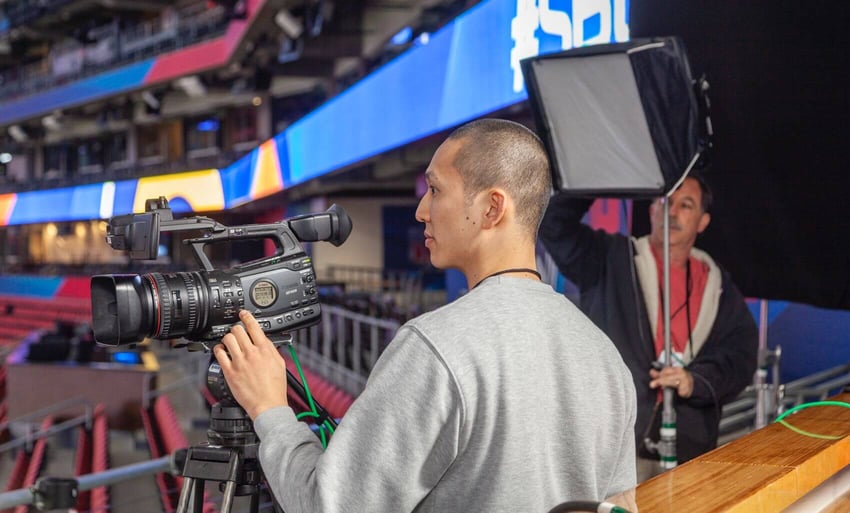 In fall 2020, the Covid-19 pandemic is reinventing the university experience. And it’s not just upending the lives of students and educators—it’s profoundly altering the work of all the people who support them too. Michael Eder is the Executive Director of Media & Creative Services at Columbia University’s School of Professional Studies (SPS), a department he’s served for the past eight years. He and his team produce academic and public-facing videos for the school. While demand for their services is always high, right now, it’s skyrocketed.

Yet at the same time the need for their services has rapidly increased, their role has profoundly changed. “When I started, there were twelve online courses,” says Eder. “It was white-glove service for everybody. And now, we have hundreds.” Instead of creating videos for each individual instructor, “It’s more about training and facilitating. ‘Here’s a great tool and we can show you how to use it effectively.’”

Right now they’re focused on developing better live streaming solutions and creating dynamic online courses. While they’re not directly involved with capturing content live from the classroom, they did help the fifty-odd student videographers who are recording classes to get started.

The circumstances might be new, but serving the needs of many different internal “clients” has always been a balancing act. As a shared resource for SPS, Eder and his team have often found their services in high demand. A few years ago, one program, in particular, was asking for more resources than everyone else and other stakeholders were starting to suffer as a result. “I needed to have some sort of evidence,” says Eder. “I had to have justification for telling them that we want to do great work for you, but we can’t do great work for everybody in the same manner that we’re doing it for you.”

That’s where Harvest came in.

“Essentially, the question is: How can we account for the work that we’re doing?”

Eder and his team needed a way to show their internal clients where their effort was going. “Essentially, the question is: How can we account for the work that we’re doing?” That way if they notice one client is using more of their share of resources, they can go back to the evidence—and, if necessary, initiate a conversation with their supervisors and stakeholders.

“We can say, ‘Look, we’re spending all of our time doing stuff for this particular entity,’” says Eder. “When, in fact, the school should be taking a more holistic view. And there should be some parity across the programs and other stakeholders.”

Time tracking seemed like a natural fit to solve this problem, so he started researching tools. When he found Harvest, he knew it was worth a try. There was just one problem—getting his team on board. 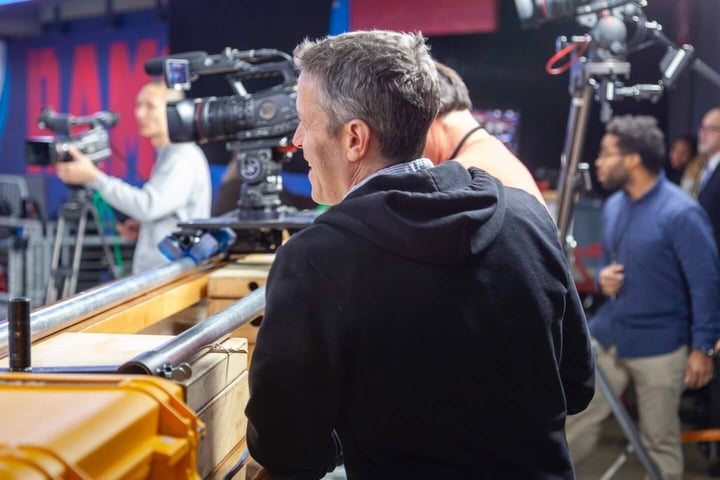 Even though Eder knew time tracking was necessary to protect his team’s time, he was worried how his team might take it. “I knew that it would be poorly received if we were to start tracking people’s hours in terms of, ‘What is the work that you’re doing?’” he says.

He wasn’t wrong. The idea of time tracking was an adjustment for the team and there was some trepidation—at least at first. “Initially, people were like, ‘Oh God, I have to log 35 hours every week,’” he says. “And I told them, ‘Look, please do not log 35 hours,’ because that’s not the purpose of this. The purpose is to really figure out which projects you’re working on. It’s not to figure out what you are doing over the course of your whole day or your whole week." He wanted the system to benefit them, not make them feel like they were being put under surveillance.

“I really had to push to tell the story to people, that this is not about them—it’s really about us, as a group, being able to account for the work that we’re doing.”

It still took some convincing. “I really had to push to tell the story to people, that this is not about them—it’s really about us, as a group, being able to account for the work that we’re doing,” he says. “That was the only way I felt like I could realistically expect people to happily partake in the process.”

He reassured his team that he wasn’t interested in them logging an exact number of hours or measuring their work precisely—he just wanted a record to fall back on. Soon, his team started to come around.

Since Eder and his team aren’t using Harvest to bill clients, they don’t worry about being exact. “Personally, I log a half hour here, or an hour there,” says Eder. He discourages his team from using timers because they don’t need to track their time down to the minute. It just ends up complicating their log unnecessarily—especially if they’re working on multiple projects.

Most interestingly, Eder uses Harvest to capture his mental load: “If something’s really weighing heavily on my mind—it’s taking a lot of my soul, it’s eating away at me—I almost punitively add more hours onto that,” he says. “So that’s the mentality that I’ve tried to encourage people to take: ‘How much of your heart and soul—your work person—is this taking up?’” If a particular project is occupying all of his brain space, he logs extra time to account for it.

“So that’s the mentality that I’ve tried to encourage people to take: ‘How much of your heart and soul—your work person—is this taking up?’”

His approach might be unusual, but it’s effective. “There’s going to be variables,” he says. “It’s almost an estimate. But it’s a way better estimate than if we did nothing.” Now, if someone asks for an update on a project they’re working on, he can go back into Harvest and let them know how it’s going, based on the time (and mental energy) his team has been spending.

Most importantly, it protects his team from projects that balloon out of proportion. Having a record in Harvest—even if it’s just an estimate—makes it immediately apparent when a project is taking his team’s energy away from other priorities. “That’s sufficient for me to go to my supervisor and say, ‘Look, this is an aberration,” says Eder. “This is an outlier. We shouldn’t be doing this.’” 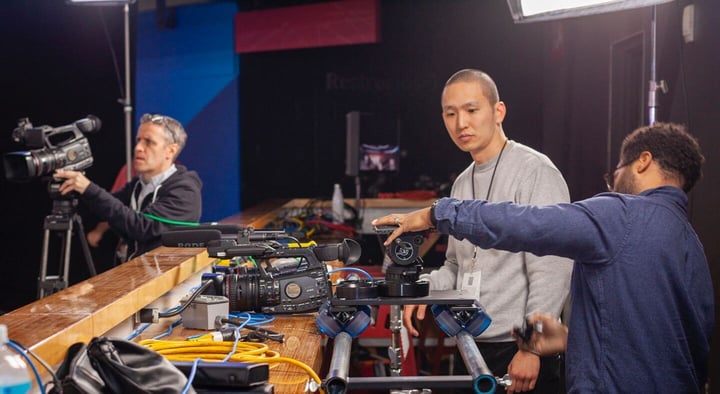 Tackling the challenge of back-to-school in 2020.

Now, Michael and his team face the new challenge of starting a new school year in a work landscape that looks completely different from what they’re used to. “It’s been really difficult trying to reconcile the work that we did, versus what we’re doing now,” says Eder. “It used to be that we would shoot things with our cameras. Now, everything is remote. We haven’t had access. Slowly, we are getting back to in-person work.” While they’re sometimes recording in- person now, they’re still working on figuring out best practices for shooting with people remotely.

Part of adapting to these new working conditions is accepting that it’s not going to be perfect—but still striving to do the best they can. “Right now, it’s such chaos, that there are bound to be problems,” says Michael. “I think our job is to nip that in the bud, as much as we can.”

As Michael and his team grapple with balancing it all, Harvest will be there to support them every step of the way.

Ready to use Harvest to help balance multiple stakeholders?